The Abu Dhabi Chamber of Commerce and Industry and the Embassy of Rwanda in Abu Dhabi discussed trade cooperation and economic partnerships between businesses in both countries. 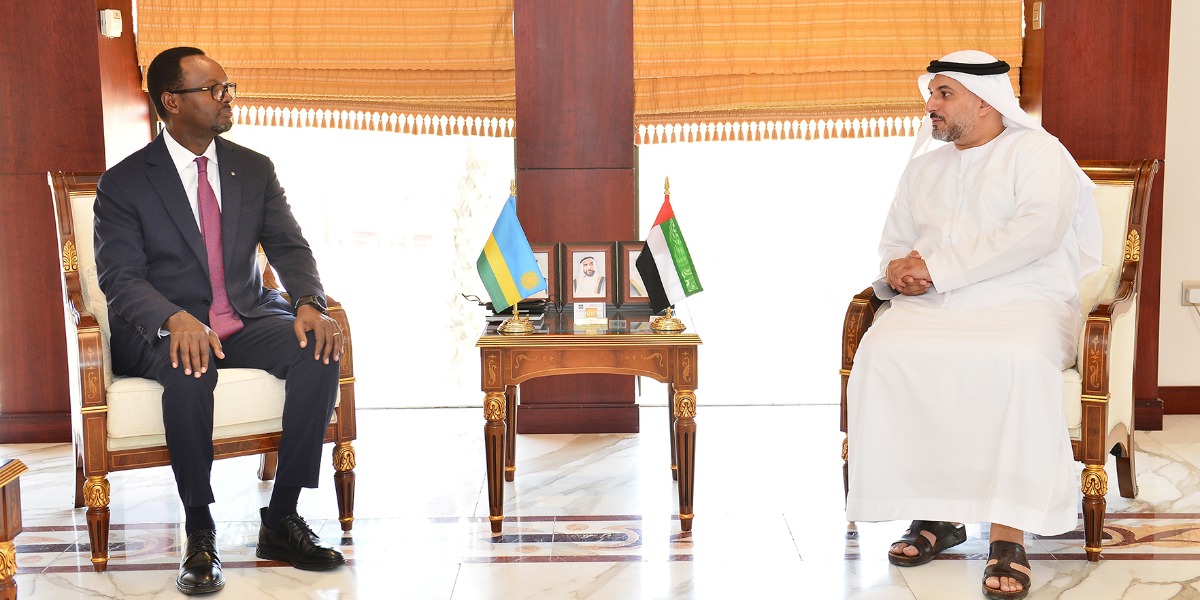 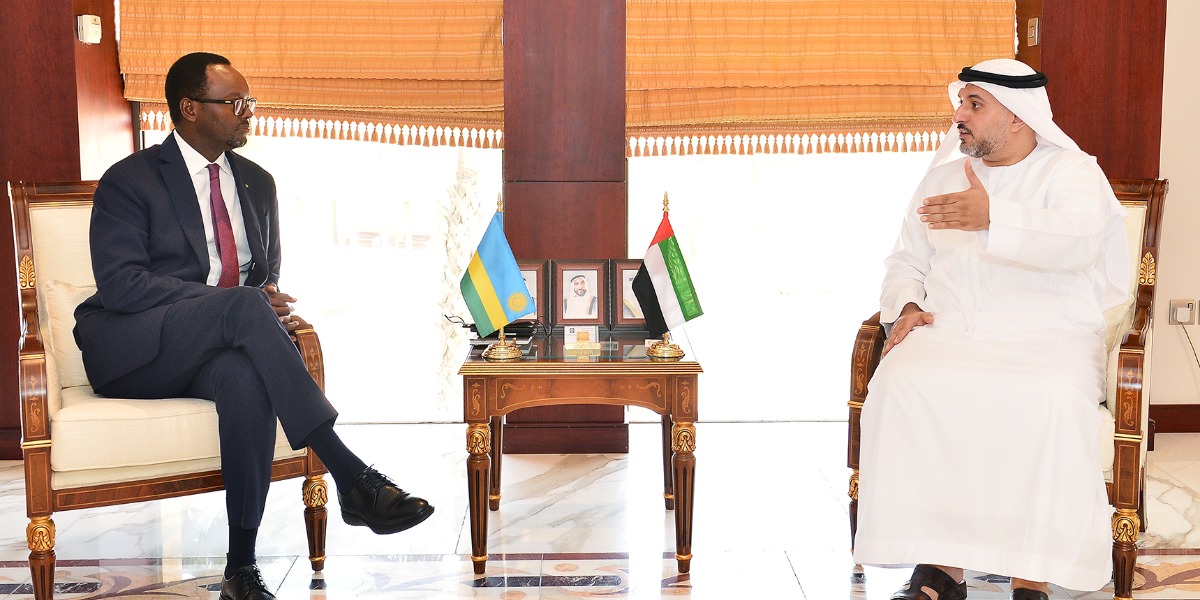 This came during the visit of the Ambassador of Rwanda to UAE Emmanuel Hategeka and the accompanying delegation to the Abu Dhabi Chamber.

Received by His Excellency Mohamed Helal Al Mheiri, Director General of Abu Dhabi Chamber, both sides discussed the available investment opportunities in both countries. They also discussed building strong and distinguished trade partnerships and the growth and prosperity of their respective economies.

“Economic relations between the UAE and Rwanda witnessed unprecedented development over the past several years, which is reflected on the trade movement between the two countries, especially in trade, technological, tourism and educational sectors,” H.E. Al Mheiri said. He explained that there are numerous cooperation agreements signed between the two countries on double taxation as well as agreements to protect investments and improve investors’ credibility in both countries’ economies.

During the meeting, the Director General pointed to the keenness of Abu Dhabi to explore promising African markets and to form new partnerships with their Rwandan counterparts. Furthermore, Al Mheiri briefed the visitors about the features of the business environment in Abu Dhabi such as the ease of setting up businesses and the encouraging legislative system for foreign investors as well as the logistics, infrastructure, and economic incentives.

“We, at the Abu Dhabi Chamber, are completely ready to support the economic relations between Abu Dhabi and Rwanda and to coordinate business meeting to explore the available business opportunities in both countries,” he remarked.

For his part, Ambassador Hategeka pointed to the strong economic relations between Abu Dhabi and Rwanda, which is progressing significantly to reflect in the flow of Emirati investments into his country.

The Ambassador added that Rwanda was successful in making numerous achievements that helped in attracting foreign investments, making it a pioneer in African tourism.

Ambassador Hategeka thanked the Abu Dhabi Chamber for the welcome he received, expressing his country’s keenness to support economic relations between businesses in both countries. He pointed to the available investment opportunities in Rwanda, especially in the energy sector, manufacturing, ICT, mining, infrastructure, and tourism.