Within its endeavor to discover new avenues of economic and trade cooperation between Argentina and the UAE, the Abu Dhabi Chamber of Commerce and Industry has organized a business meeting with a high-level delegation from the Argentine Republic. 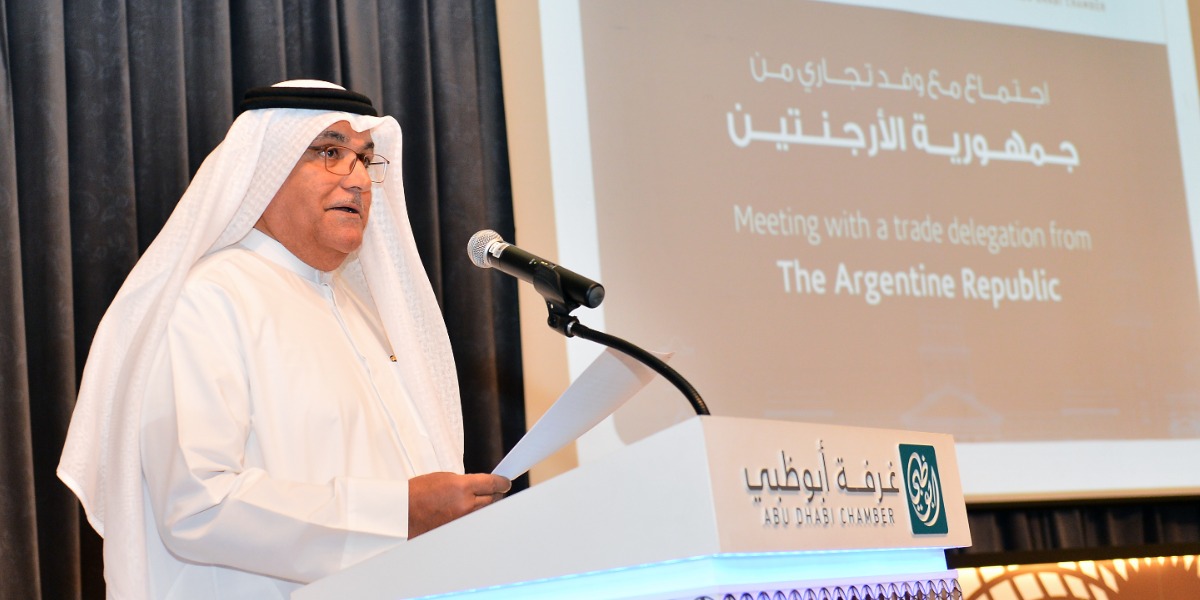 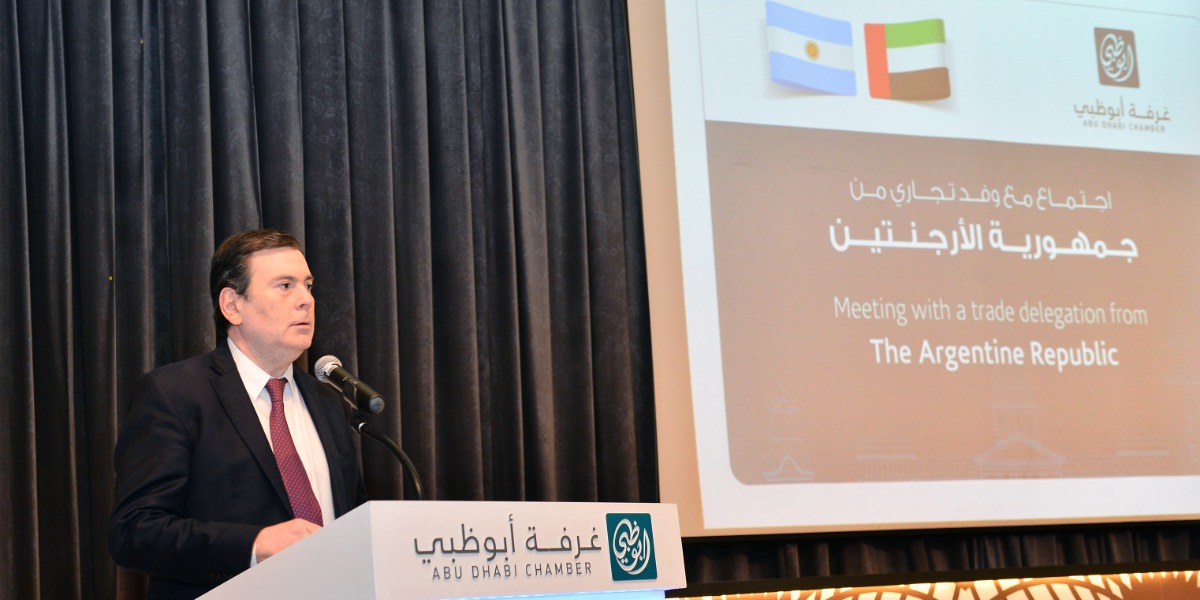 A large number of government officials, dignitaries, entrepreneurs, and businesses from Argentina and the UAE attended the meeting as well.

In his welcoming remarks, H.E. Al Mazrui said that the UAE and Argentina share long history of fruitful cooperation, explaining that Argentina is one of the key trade partners to the UAE in Latin America. “The total trade between our two friendly countries has witnessed remarkable growth over the last few years, from around AED 759 million in 2015 to AED 1.22 billion in 2020,” he elaborates.

H.E. Al Mazrui pointed out that the UAE has been working hard to issue new laws and legislations to provide the proper environment for businesses to grow and prosper, putting the country atop of several world economic indexes.

“It has ranked first worldwide in the latest Global Entrepreneurship Index 2022, making it the most preferrable destination for start-ups globally, considering entrepreneurship is one of the drivers towards a diversified and futuristic knowledge-based economy,” he added.

Governor Gerardo Zamora stated that since they have been constituted as Great Argentine North, they had a vision of what they can carry out together and that is why the first place they chose to export and receive investment from is the United Arab Emirates.

He added, “each of the provinces of the Great Argentine North has different characteristics and promotion possibilities. We have great food export capacity that I think we can develop together. For this reason, we set up an Investment and Foreign Trade Agency to support all the businessmen in our region who want to make their offerings exportable in the world, and also to attract investment and capital to our provinces, giving support , certification and accompaniment.”

During the meeting, the Argentinean delegation were introduced to the available investment opportunities in Abu Dhabi through a video presentation on the business environment in the Emirate, which also highlighted the services the Abu Dhabi Chamber offers for its members.

The meeting was concluded with a B2B networking session during which Emirati businesses operating in Abu Dhabi held constructive and fruitful meetings with their Argentinean counterparts.