Under the patronage of His Excellency Sheikh Nahyan bin Mubarak Al Nahyan, Minister of Tolerance and Coexistence, the 15th Annual Autism Awareness Week kicks off today in line with the World Autism Awareness Day. 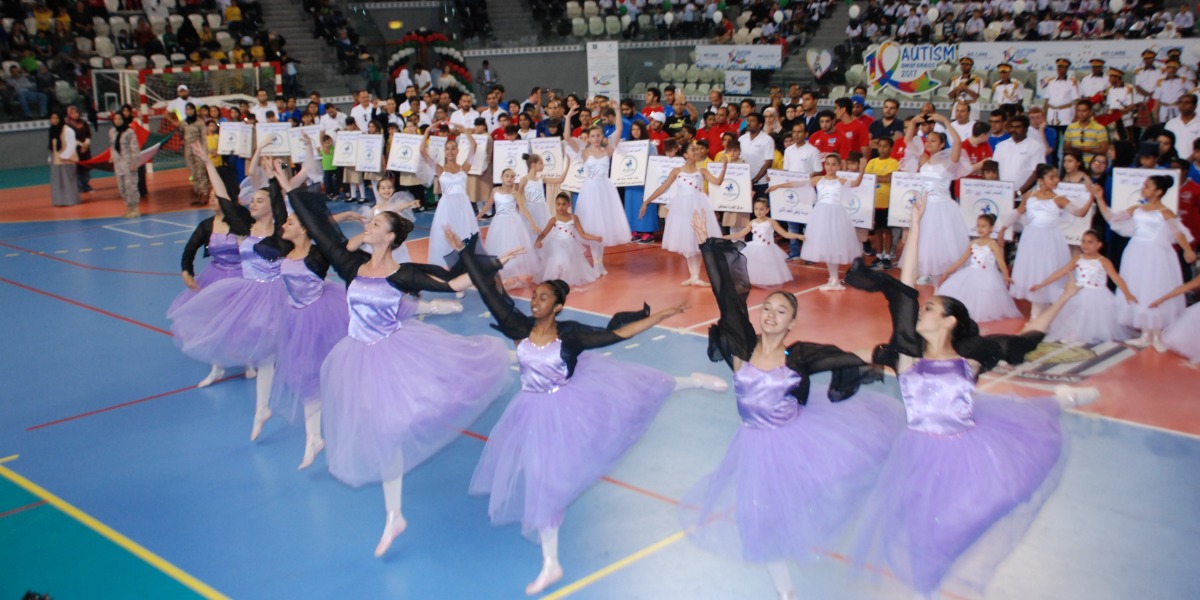 Organized by the Emirates Autism Center (EAC) and in cooperation with the Abu Dhabi Chamber of Commerce and Industry, the Annual Autism Awareness Week will run from 18 – 21 April 2022.

Celebrating the Autism Awareness Week, Dr. Amal Jalal Sabri, Managing Director of the EAC, said that this year’s autism week aims at instilling the concept of acceptance through the new name of the international autism celebration month as the Autism Acceptance Month. This comes along a campaign to shed light on the concept of Neurodiversity in people with autism spectrum and respecting the difference in their methods of dealing with the information away from calling them unrealistic names and which allows people with autism spectrum and their families to live a complete and quality lifestyle through communication and acceptance.

She added that the EAC also took an initiative in the same context by changing the logo of the center from shape of a puzzle (since it is not appropriate to liken autism as a puzzle, because it is not a puzzle or a problem needs to be solved) and the blue color (having the color blue refers to autism as a sickness needs to be treated instead of being a difference that needs to be respected) into a new logo that reflects the acceptance of difference and neurodiversity of the people with autism spectrum. The new logo contains the purple color and conveys three concepts:

First: Diversity in the human brain is a normal aspect and a rich side of the human experiment and reflects the neurodiversity.

Second: The importance of listening to voices of the people with autism spectrum. This was referred to in the logo with the WiFi symbol.

Concerning the 15th Autism Awareness Week, Dr. Sabri said that the week is made into two halves:

The first is organizing the Emirates Physical Fitness Championship for People of Determination on Tuesday, 19 April 2022, which will see the participation of more than 760 people of determination players from 88 centers and schools, 57 of which are from the UAE (16 centers and 41 schools), and the rest 31 centers are from nine Arab countries namely Egypt, Lebanon, Syria, Saudi Arabia, Kuwait, Bahrain, Oman, Morocco, and Tunisia

The second half is a drawing competition for people of determination titled “Be Creative” in which ten centers from within the UAE are taking part.

The Autism Awareness Week aims at raising social awareness and accepting the people with autism spectrum as well as opening up new doors of cooperation for corporations and individuals to share experiences in the field of autism spectrum and helping public and private corporations to adopt the concepts of social responsibility towards this group, which are in need for support and integration. The awareness campaign also aims at correcting the wrong concepts about people of autism spectrum.

Dr. Sabri expressed her thanks and appreciation to His Excellency Sheikh Nahyan bin Mubarak Al Nahyan, Minister of Tolerance and Coexistence, for sponsoring the Autism Awareness Week for 15 consecutive years.

The Managing Director extended her thanks and appreciation to the Abu Dhabi Chamber for sponsoring the activities of the event for 15 years and for supporting the EAC in organizing it, drawing the best of examples in spreading the concept of social responsibility, which had a direct impact in organizing this humanitarian event over a period of 15 years.

“We take pride in being a part of the Autism Awareness Week. We support the Emirates Autism Center for their efforts in improving the capabilities of children with autism spectrum and integrating them within the society,” said Badr Al Shehhi, Communication & Community Services Director at Abu Dhabi Agriculture and Food Safety Authority (ADAFSA).

He added that the Authority, through its community service Auwn program, aims to activate its role in serving the community and providing the support to all people. The program also aims to inspire employees to bring out their best human and humane qualities and to put them in the best service of the society.

Al Shehhi added that Auwn program materializes the vision of Abu Dhabi government for social responsibility and reflects the spirit of social coherence and coexistence in the UAE and that one can strengthen one's sense of belonging to the community around him.

Director Al Shehhi noted that ADAFSA is working with the EAC to set up a section for agriculture within the volacational habilitation program and will help students and train them to be agriculture experts.

Saleh Mohamed Awad, Managing Director of the General International Group said that social responsibility is one the features of any successful company, pointing out that it increases customers credibility in the company, increases productivity and enhances competitiveness. He reaffirmed the company’s support for the EAC’s activities and programs.

Osama Ibrahim, General Manager at Millennium Al Rawdah Hotel, emphasized on the hotel’s commitment to its social responsibility by taking part in all the activities that would develop the skills of the children in the UAE, especially people of determination.

Hamoud Al Hajeri, General Manager of Care First Medical Center, said that by activating social responsibility, the center aims to support the EAC by providing healthcare services for the center’s students and by providing a curse daily to follow up the state of the children. He added that since its establishment, Care First Medical Center has been active in highlighting the prominent role of private medical companies in providing the best medical services for all the members of the community.

It is worth noting that the EAC was established in March 2007 as a joint effort by the parents of children with Autism spectrum since the capacity of specialized centers were unable to accommodate the increasing numbers of children, considering the high level of diagnosing accuracy.

There are 50 students attending the EAC, 53% of which are Emirati nationals. Amongst the key programs of the center is integrating people of degermation socially and educationally. 35 percent of the students of the centers are integrated in schools and universities across the UAE.

Studies show that integration in an interactive environment in a school environment on a daily basis increases the participation of children with autism spectrum in activities and develops their ability to connect with others.

The EAC aims to comply with the highest standards of quality of programs and services, and safety and security to reach the highest levels for all the children with autistic spectrum.