The Abu Dhabi Chamber of Commerce and Industry, in partnership with the National U.S.-Arab Chamber of Commerce (NUSACC), have organized a meeting with a high-level trade delegation from the State of Nebraska, USA, to discuss strengthening joint economic cooperation between Abu Dhabi and Nebraska. 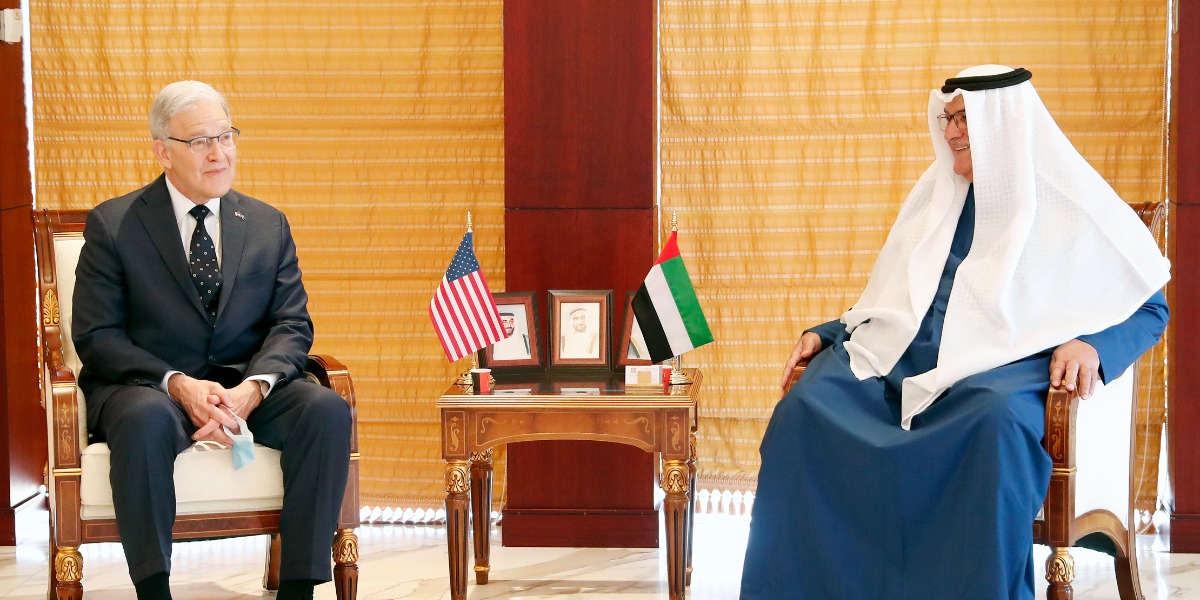 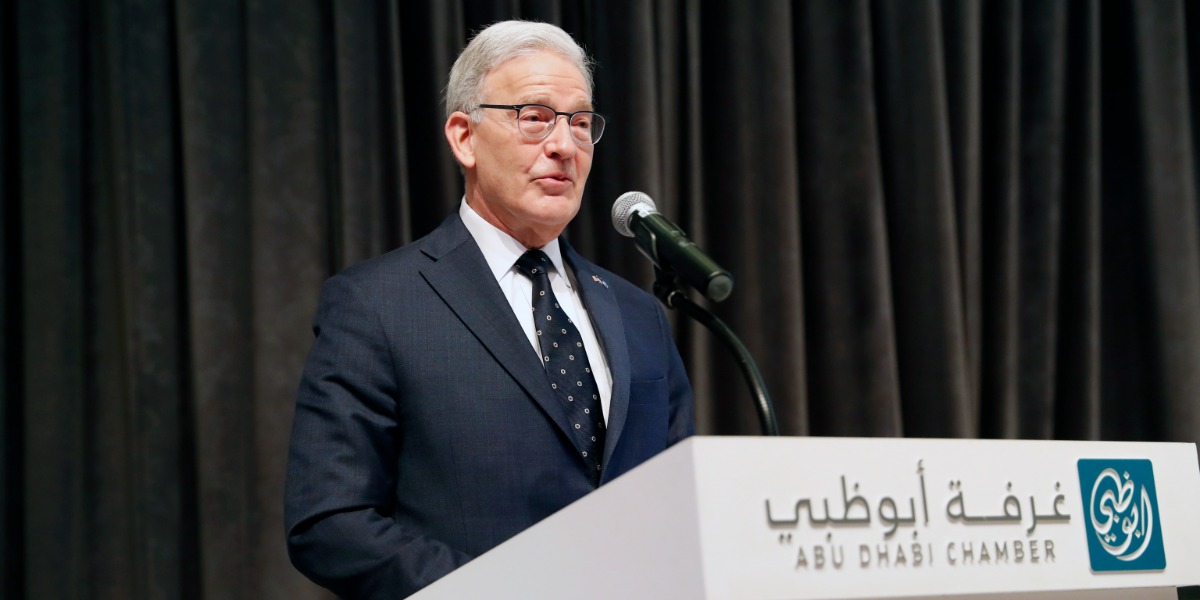 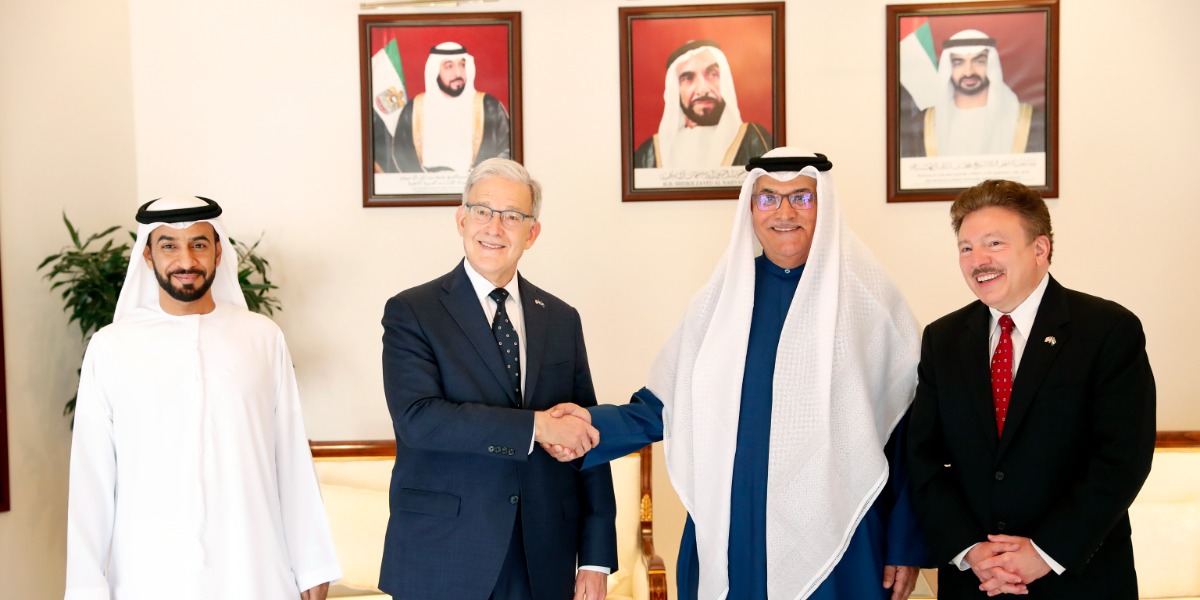 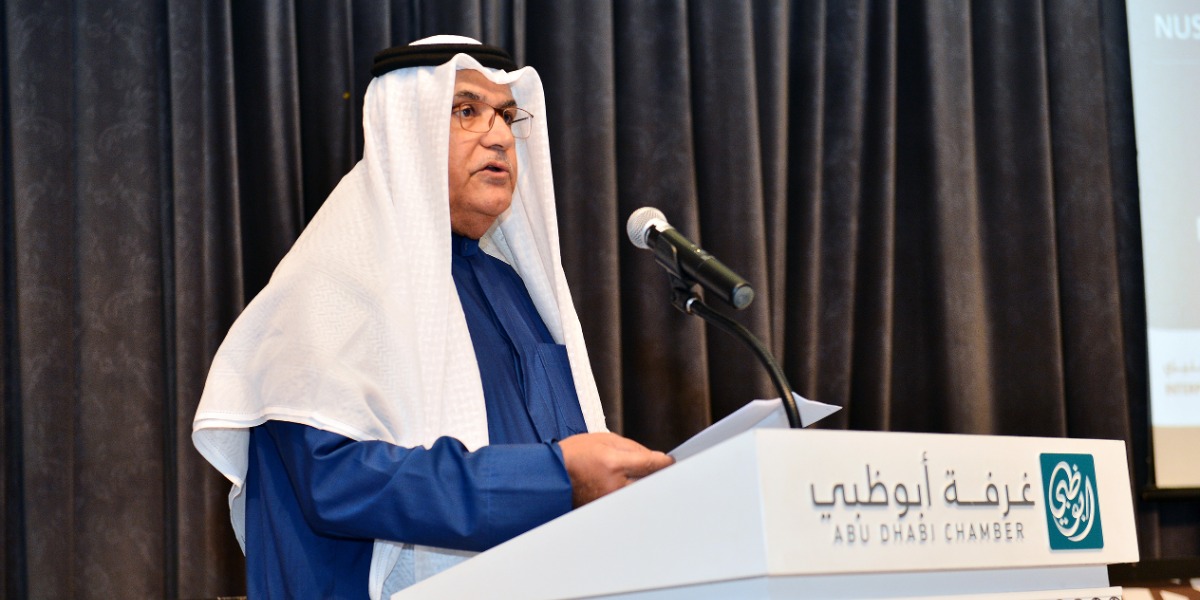 Held at the Auditorium at the Chamber’s tower in Abu Dhabi, the meeting witnessed the attendance of Hon. Robert Evnen, Secretary of State for the State of Nebraska, and H.E. Abdullah Mohamed Al Mazrui, Chairman of the Abu Dhabi Chamber.

From the American side, Mr. David Hamod, President and CEO of NUSACC; Mr. Sean Murphy, Chargé d'affaires of the U.S. Embassy in Abu Dhabi, and Mr. Anthony L. Goins, Director of Nebraska Department of Economic Development, attended the meeting.

At the begging of the meeting, H.E. Al Mazrui, Chairman of the Abu Dhabi Chamber, welcomed the visiting delegation headed by Hon. Robert Evnen, saying that this esteemed gathering truly reflects “our common interest in strengthening our economic relations, especially between Abu Dhabi and the State of Nebraska.”

Al Mazrui added that the Emirati-US relationships are very strong on all levels and that both countries share robust economic relations which are particularly evident when considering several trade and investment indicators, noting that the UAE’s investments make up the largest share of total Arab investments in the US markets.

The Chairman emphasized that the Abu Dhabi Chamber is keen on maintaining the strong momentum of the trade and investment growth between the two countries, and with the State of Nebraska, which has become one of USA’s important exporters of livestock and agricultural products- both critical for food security. Nebraska is also known for its advanced industries and ICT advancement, which are two of the key sectors that the Emirate of Abu Dhabi is focusing on.

“As such, we are very interested in exploring mutually beneficial opportunities in these industries and others,” he remarked.

H.E. Al Mazrui pointed out that the UAE has retained its top rank in the GCC, and the 22nd globally in attracting FDI as per the World Investment Report 2021 published by the UNCTAD.

“We would like to encourage American businesses to continue to set up their operations in our beloved country, to make use of the excellent infrastructure available, the preferential market access to the rest of the region, as well as the most recent legislative developments allowing full ownership of onshore companies in several commercial,” he added.

He noted that Abu Dhabi was ranked number one smart city in the region, and 42nd globally, in IMD’s Smart City Index in 2020.  Additionally, Abu Dhabi has been ranked the safest city in the world and the happiest in the Middle East.

Al Mazrui concluded his remarks by commending the distinguished efforts of the National U.S.-Arab Chamber of Commerce for their efforts to support economic cooperation between the Arab World and the United States, reiterating the Chamber’s readiness to facilitate the businesses of American investors and form new partnerships between businesses in Abu Dhabi and the State of Nebraska.

For his part, Hon. Robert Evnen expressed his pleasure for being a part of the business meeting with Abu Dhabi Chamber and the business community in the Emirate as a whole, noting that the American trade mission consists of 25 business representatives and that they are completely ready to do business and create new partnerships with Emirati businesses, especially in the water and irrigation sector, higher education, food industry, agritech and technologies.

Mr. David Hamod, President and CEO of the National U.S.-Arab Chamber of Commerce (NUSACC), said that the Chamber is the only place in the US that is dedicated to Arab-American businesses and acts as a main gate for Arab companies to enter American markets since it has more than 50,000 members across the states.

Mr. Hamod noted that this is the first meeting for the NUSACC since the start of the COVID-19 pandemic, saying that this meeting with the Abu Dhabi Chamber aims to discuss the best methods of boosting economic and trade relations and identifying the available investment opportunities considering it the representative and voice of businesses in the Emirate of Abu Dhabi.

The meeting also witnessed a number of sessions including presentations on Abu Dhabi Eco-System, and the services the Abu Dhabi Chamber offers for its members and the business community in Abu Dhabi as a whole.

A number of panel discussions were also held to discuss topics related to precision technologies, Academia and Agritech, and commodities which is followed by B2B Networking with Abu Dhabi Business Community.

It is worth noting the NUSACC has awarded Sheikha Lubna Al Qasimi for her pioneering role during her ministerial post as a Minister of Foreign Trade and for her efforts in propelling the growth of the Emirati-American relationship.