His Excellency Mohammed Thani Murshid Al Rumaithi, Chairman of both the Abu Dhabi Chamber of Commerce and Industry and the Federation of the UAE Chambers, has received His Excellency Jorge Agustin Arambarri, Ambassador of Argentina to the UAE, at the Chamber’s tower in Abu Dhabi to discussed trade and economic cooperation between the two countries. 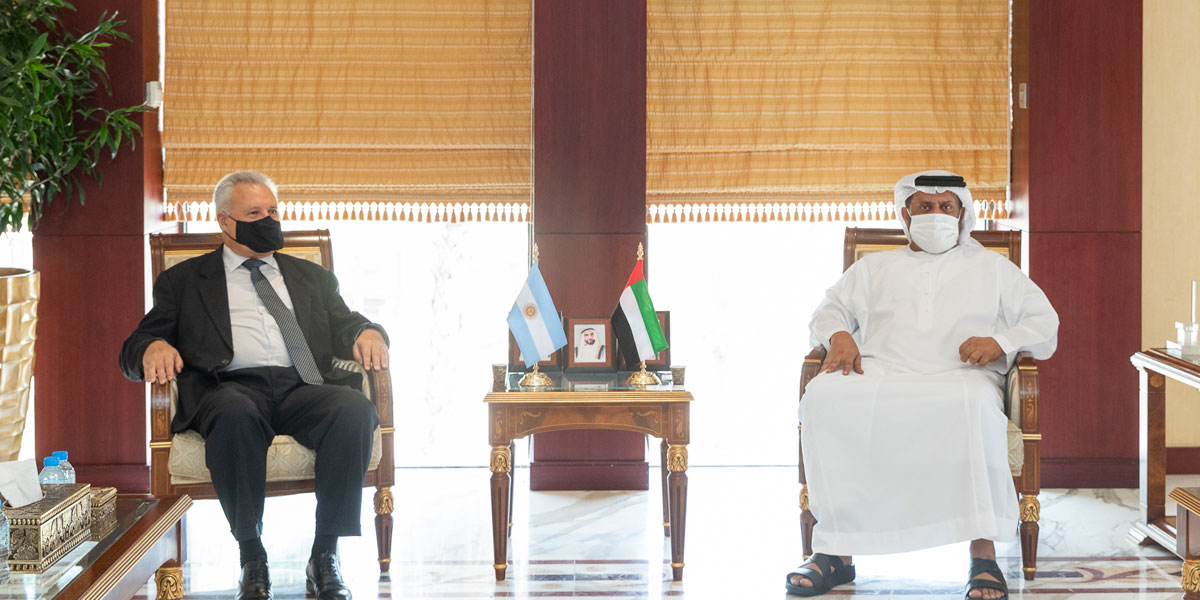 At the beginning of the reception, H.E. Al Rumaithi pointed out that Abu Dhabi Chamber is completely ready to intensify joint cooperation between businesses in Abu Dhabi with their counterparts in Argentina and to increase the level of trade and investment relations between both sides.

Al Rumaithi emphasized on the huge economic capabilities of both Abu Dhabi and Argentina, noting that such capabilities would contribute to increasing the volume of trade and serving the business communities of both Abu Dhabi and Argentina. He noted that the Abu Dhabi Chamber is continuously working towards founding proper investment opportunities for its members in Argentina as well as promoting the trade and investment climate in Abu Dhabi to attract more direct foreign investments.
For his part, H.E. Ambassador Arambarri commended the welcome he received at the Chamber, praising its efforts in utilizing all the available capabilities to push the wheel of economic cooperation with his country forward.

The ambassador proposed to organize a forum for Argentinian trade missions in order to inform them with the available investment opportunities and the business environment in Abu Dhabi, noting that such a forum would expand his country’s markets to Abu Dhabi, especially that Argentina depends on natural resources in its food economy and its agricultural wealth and livestock. He added that businesses in Argentina are interested in engaging with Emirati companies operating in the fields of innovation and technology. 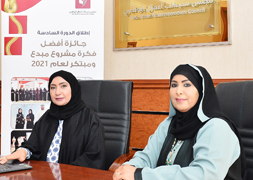 The Abu Dhabi Businesswomen Council, a subsidiary to Abu Dhabi Chamber of Commerce and Industry, has organized, in cooperation with Rowwad Al Aamal Management Consultancy and Development, a virtual workshop titles “Psychological Pressure Management at Work”. 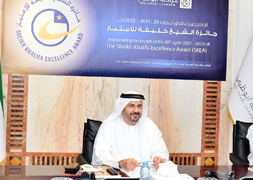 In a press conference held at Abu Dhabi Chamber 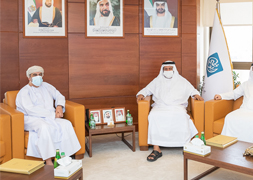