His Excellency Mohamed Helal Al Mheiri, Director General of the Abu Dhabi Chamber of Commerce and Industry, has received H.E. Pavan Kapoor, Ambassador of India to the UAE 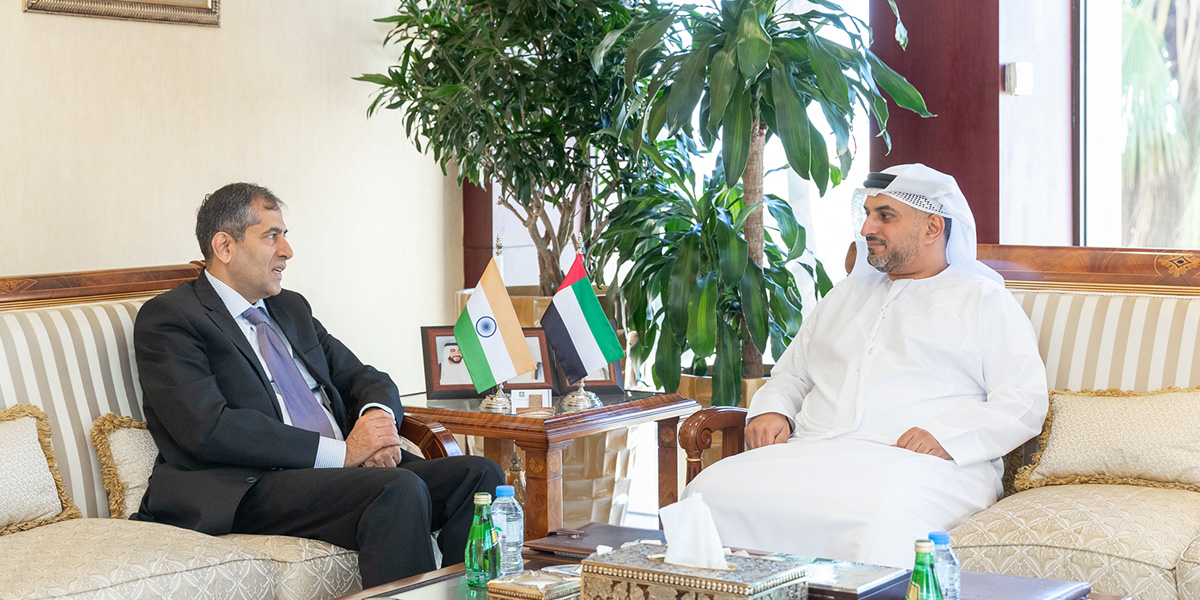 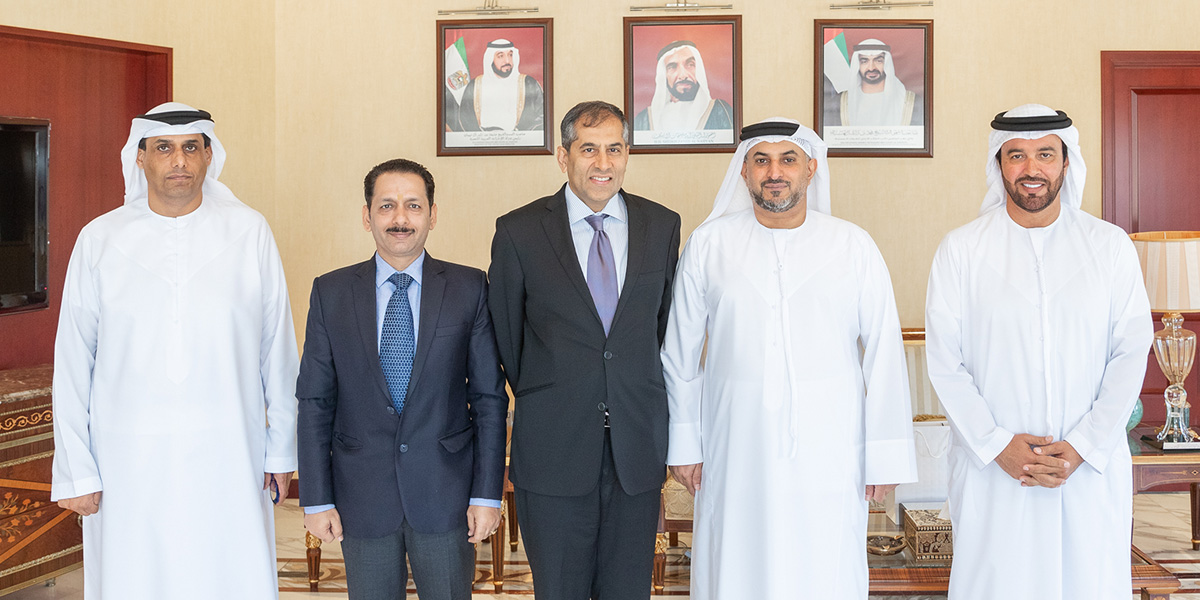 His Excellency Mohamed Helal Al Mheiri, Director General of the Abu Dhabi Chamber of Commerce and Industry, has received H.E. Pavan Kapoor, Ambassador of India to the UAE, and the accompanying delegation at the Chamber’s tower in Abu Dhabi.

At the beginning of the meeting, H.E. Al Mheiri appreciated the visit of the Indian ambassador saying, “We are honoured to receive H.E. Pavan Kapoor and the accompanying delegation, hoping their visit would strengthen trade and investment relations between Abu Dhabi and India.”

The UAE and India enjoy solid bilateral relations considering the official and historic visits between the two sides. We aware to strengthen our trade and investment relations with India furthermore, especially that the relations between the two countries witnessed huge advancements over the past few years.

“The UAE is one of the most attractive destinations for Indian investments that Indian companies are practicing their businesses freely. In addition, Abu Dhabi is looking forward to attract more Indian investments in different promising sectors considering the encouraging decisions announced recently,” he added.

Al Mheiri highlighted the most important opportunities for strengthening trade and investment cooperation between businesses in both countries, pointing to some key initiatives taken by the Chamber including Future Entrepreneurs Award, Sheikh Khalifa Excellence Award, and Abu Dhabi Chamber SME Award.

For his part, Ambassador Kapoor expressed his pleasure for the hospitality of the Abu Dhabi Chamber, pointing to the strong and solid relations between the UAE and India on all levels.
he added that his visit comes to increase investment cooperation between Indian companies and their Emirati counterparts considering the available investment opportunities in the UAE in general and Abu Dhabi in particular, making it a key investment hub and attractive destination for Indian capitals.

Ambassador Kapoor explained that India enjoys great investment opportunities and strategic partnerships from which Emirati companies can utilize. “Figures of trade exchange between the two countries are growing constantly,” he said, expressing high hopes for a constant growth.