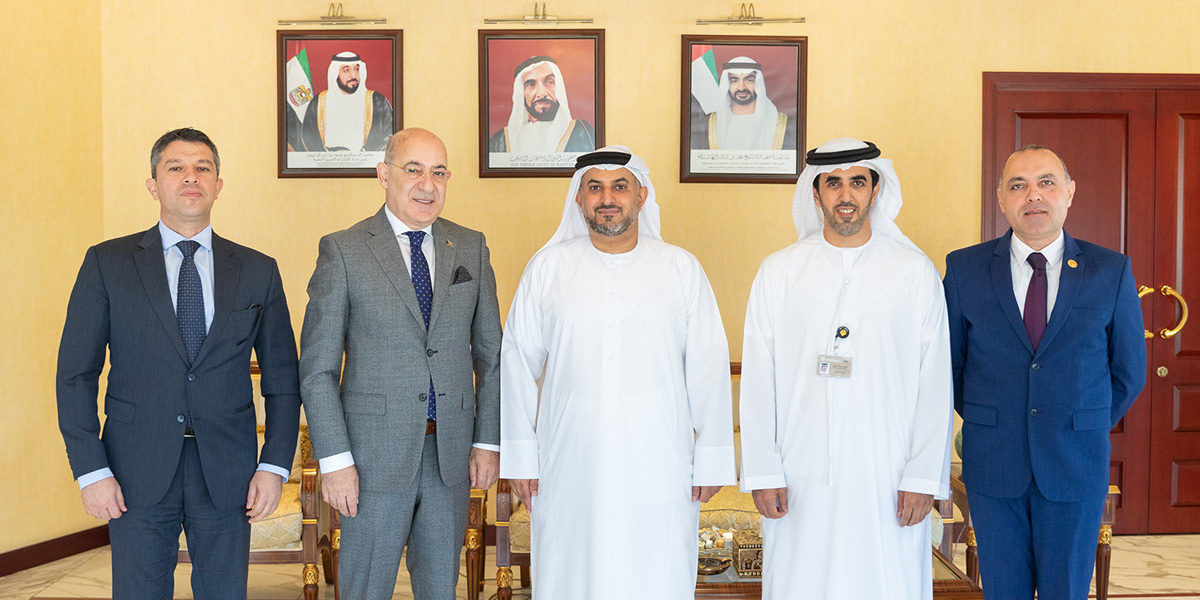 H.E. Al Mheiri praised the strong bilateral relations between the UAE and Azerbaijan, emphasizing on the need to strengthen the cooperation between businesses in both countries.
Al Mheiri highlighted the most important opportunities for strengthening trade and investment cooperation between businesses in both countries, pointing to some key initiatives taken by the Chamber including Future Entrepreneurs Award, Sheikh Khalifa Excellence Award, and Abu Dhabi Chamber SME Award.

The Director General pointed to the sheer volume of investment and trade opportunities in Abu Dhabi and to the economic legislations and features of the UAE in general, which made from it one of the biggest and most attractive investment destination globally. He emphasized that the Abu Dhabi Chamber will not stop at nothing in its efforts to solidify its relations with Azerbaijan and introducing Azerbaijani businesses to the available investment opportunities in Abu Dhabi, calling on businessmen and investors to participate in SIAL exhibition, which is being held annually.

For his part, Ambassador Aliyev expressed his pleasure for the hospitality of the Abu Dhabi Chamber, pointing to the strong and solid relations between the UAE and Azerbaijan.
Aliyev called on Emirati businesses to invest in his country considering the great number of available opportunities, especially in the agricultural and foodstuff sectors. He pointed out that these companies can benefit from the facilities Azerbaijan offer for foreign investors.

The ambassador praised the economic development the UAE is witnessing, especially in Abu Dhabi, from advanced infrastructure and services for all types of investment. He urged all companies and businessmen in his country to cooperate with Emirati businessmen and investors to hold an joint Emirati-Azerbaijani exhibition in Abu Dhabi.