The Abu Dhabi Chamber of Commerce and Industry has organized, at its main tower in Abu Dhabi, a virtual online ceremony to award the winners of the second edition of the Future Entrepreneurs Award. 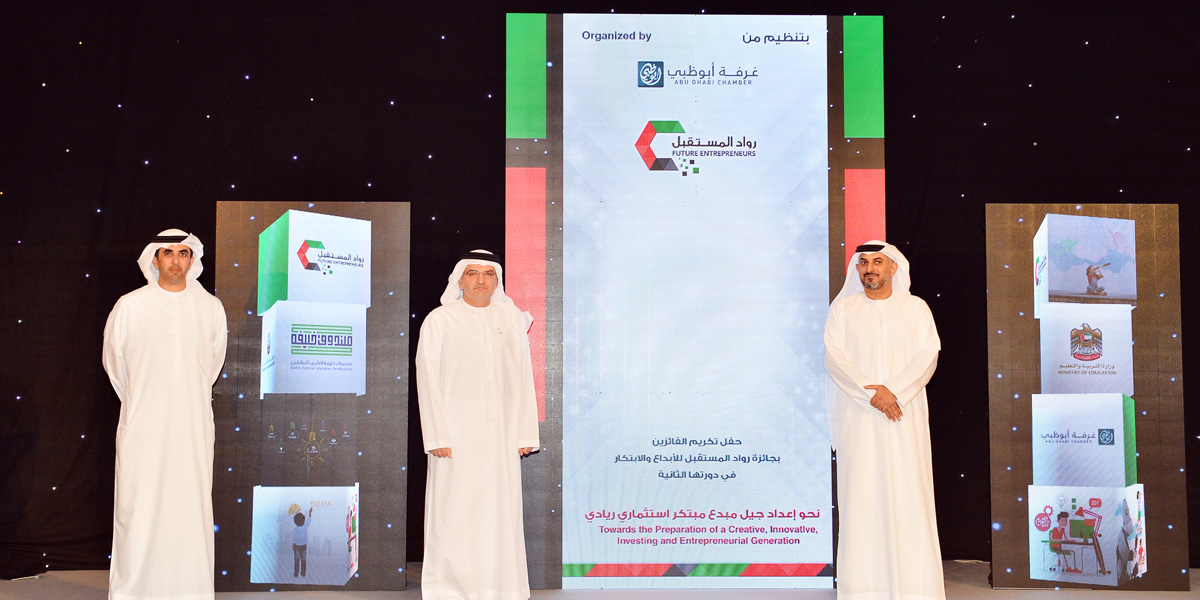 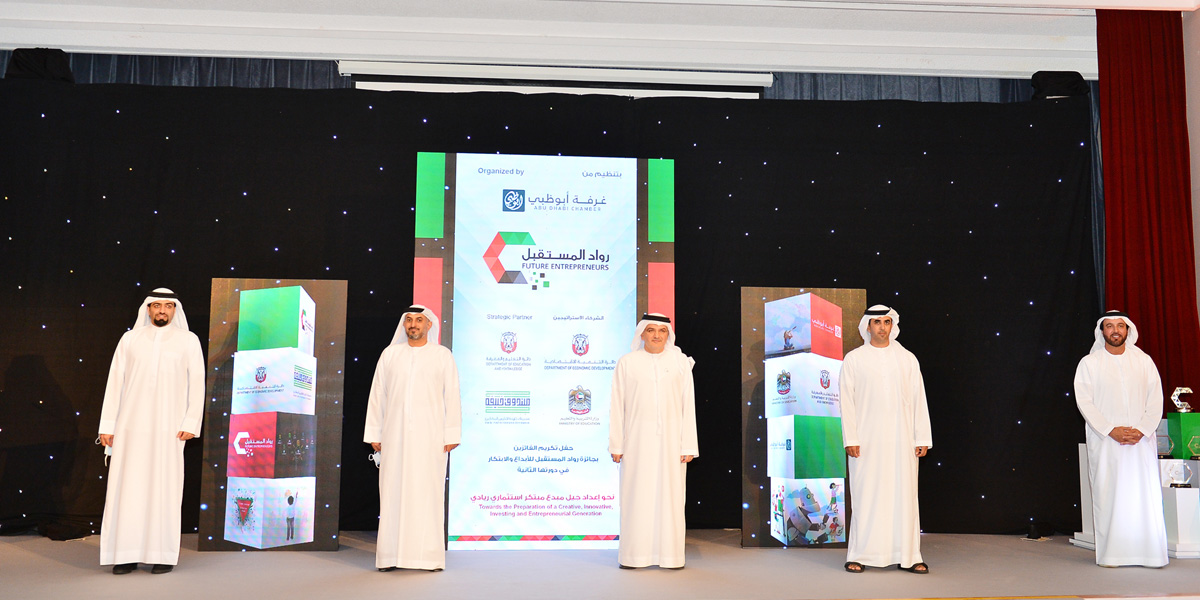 The Abu Dhabi Chamber of Commerce and Industry has organized, at its main tower in Abu Dhabi, a virtual online ceremony to award the winners of the second edition of the Future Entrepreneurs Award.

Mr. Abdullah Ghurair Al Qubaisi, Deputy Director General of the Abu Dhabi Chamber, and a number of representatives from the Ministry of Education and the media attended the ceremony as well.

The 2nd edition of the award witnessed the participation of a large number of young innovators with more than 3,000 participants applied for the awards since its launch in January; 100 of whom were nominated to take part in the Future Entrepreneur Exhibition for Creativity and Innovation. More than 5,600 people voted for the most creative and innovative projects in the exhibition.

Followers of the exhibition expressed their appreciation to this prestigious event, which has become a key element in attracting young innovators and entrepreneurs by motivating and encouraging them as well as embracing and incubating their creative ideas in a competitive environment that promotes creativity, innovation and entrepreneurship.

As for the winners, in Schools Category – Cycle 2, Matar Ali Al Hosani won the award of the Best Investment-Product Idea for his project “Hayat”.  Each of Sainath Manikandan and Sai Sahana Manikandan shared the award of the Best Bright Idea for their project Agribot; whereas Marzooqa Fathima and Muthazidh Ahmadh won the Best Innovative Idea award for their project Safe Routes - Zero Accidents. Aliyah Ali Saeed Al Deri won the Best Technological Project for her project “Iswarat Mareed” Arabic for “Patient Bracelet”, while Reem Jassem Alblooshi won the award of The Best Marketing and Mobile App for her Study Buddy APP.

Commenting on the occasion, His Excellency Mohamed Helal Al Mheiri, Director General of the Abu Dhabi Chamber, said, “What we have seen from innovations and creative projects in the 2nd edition of the Future Entrepreneurs Award make us feel proud. We are witnessing Emirati school and university students drawing the shape of a prosperous future with their immense capabilities, and that would put them in competitive position internationally. We are glad that the Future Entrepreneurs Award is becoming an attractive platform for national talents who pose as the bright façade of the country when it comes to innovation and entrepreneurship. They materialize our social responsibility in building a promising and ambitious future able to cope with the future accordingly.”

“Our wise leadership works effortlessly to empower the youth and equip them with the best tools according to a wise vision that ensures the continuation of the development process. This vision is the inspiration from which the Chamber derives all its initiatives that are directed towards the youth. Through its initiatives the Chamber is playing its imperative role of being a real contributor to the 'UAE Centennial 2071' and Plan Abu Dhabi that aims to expand the development prospects of SMEs, raise the culture of business entrepreneurship and nurture young talents.”

“I would like to extend my thanks and appreciation to all our strategic partners and sponsors of the award. Thanks to their huge support, the award was able to meet all its goals, which reflects on the strong bond between our national entities considering their efforts in spreading the culture of entrepreneurship, encouraging creativity and the spirit of innovation amongst school students. I also would like to thank the award panel committee for their huge efforts in making the 2nd edition of the award a success. Congratulations to all winners and good luck for all participants in the next edition of the award,” he concluded.

During the award ceremony, H.E. Rashed Abdul Karim Al Balooshi, Undersecretary of the DED Abu Dhabi, praised the initiative of the Abu Dhabi Chamber, noting that it works continuously in collaboration with the DED to launch initiatives that increase the development of the local economy of Abu Dhabi.

H.E. Al Balooshi emphasized on the awareness of the DED to provide all the necessary support for young talents and innovators who are the backbone of a future built on knowledge, creativity and technology. “Through their bright ideas and creative projects, we can develop an economy based on knowledge that can support the national economy and enhance the position of Abu Dhabi and the UAE on the world innovation map and to compete in the most important markets and for the most prestigious global awards,” he said.

He pointed out that the DED has a key role represented in supporting innovative ideas and Emirati innovators, which can be viewed clearly through the launch of the Technology Innovations Pioneers Award in collaboration with the Ministry of Economy in 2017.

“The award included a distinguished program that aims at supporting startups and innovators who present alternative solutions for the challenges in the energy, healthcare and environment sectors.

“Organizing the event at the beginning of the year helped embrace innovators from different world countries with the aim of empowering the targeted sectors and increase their contributions to the GDP of the emirate,” he added.

The Undersecretary pointed to the key role of the DED’s Takamul program, noting that it is organizing a series of session focusing on “Innovation Makers” which focuses on the most distinguished innovations and invention in different sectors and supports and encourages the Emirates innovators to enhance their contributions to the economic development process in the UAE.

H.E. Al Balooshi congratulated all the winners of the Future Entrepreneurs Award, wishing them success in their future endeavors, asking them to keep on giving and innovating to place the country atop of all other countries in all sectors. He added that the DED will keep on its key role in supporting innovation considering it a key element in the development process.

For his part, H.E. Aamer Al Hammadi, Undersecretary of ADEK, said, “Supported by our wise leadership, today our efforts over the past years in developing a supportive environment for the youth are bearing fruit. Considering our strategic partnership with the Abu Dhabi Chamber, we are aware to promote for the Future Entrepreneurs Award amongst all schools and universities in the Emirate of Abu Dhabi because we believe in the distinguished capabilities of students in all ages. We are proud that our students have won the young entrepreneurs award in the Schools Category – Cycle 3 and the youth entrepreneurs award in Universities Category.”

He added, “We, at ADEK, are aware to support the ambitious vision of Abu Dhabi government in building an advanced knowledge-based economy and developing the innovation sector by providing the necessary academic support for all students and enabling them to transform their innovative ideas into economic activities. These strategic initiatives will contribute to the efforts of the government in transforming Abu Dhabi into an international attraction for innovation.”

Ms. Mouza Obaid Al Nasri, Acting CEO of Khalifa Fund for Enterprise Development, said, “We are proud to join the Future Entrepreneurs Award for Innovation and Creativity. It is the perfect platform to embrace and encourage innovative projects and creative ideas of the next generation of young entrepreneurs in the UAE. On this occasion, we would like to congratulate the winners of this year’s awards, wishing all the best for the Emirati youth in their journey of entrepreneurship.

“The objectives of the award are in alignment with our strategic goals in supporting entrepreneurs, refining their skills and capabilities, and enriching the culture of entrepreneurship within them in order to allow them to launch their small and medium enterprises through our diverse initiatives and programs. At Khalifa Fund we provide pivotal services for entrepreneurial projects including professional consultations, training services and development in different areas such as work plans, financial management, and simplified financing among others.

Through such services the fund plays a role in realizing the economic vision of Abu Dhabi and in materializing its sustainable development plans as well as diversifying the national economy.”

It is worth noting that in line with the efforts of Abu Dhabi in spreading the culture of entrepreneurship amongst the young generation, the Chamber was able, since the launch of the 2nd edition of the award, to organize more than 168 orientation workshops for university and school students. The goal behind such workshops is to motivate them and unleash their creative capabilities to be successful entrepreneurs able to innovate, create investment opportunities and foresight the future as well as create new ideas and concepts for building a knowledge-based economy.

The Abu Dhabi Chamber of Commerce and Industry has concluded its flagship 23 webinars “Chamber Talk” program in September 2020. 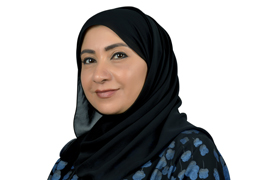 ADBWC holds second meeting of the Executive Board 2020

The Abu Dhabi Chamber of Commerce and Industry has organized the 2nd meeting of the Executive Board of the Council 2020 chaired by H.E. Maryam Mohamed Al Rumaithi, 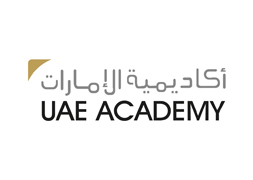