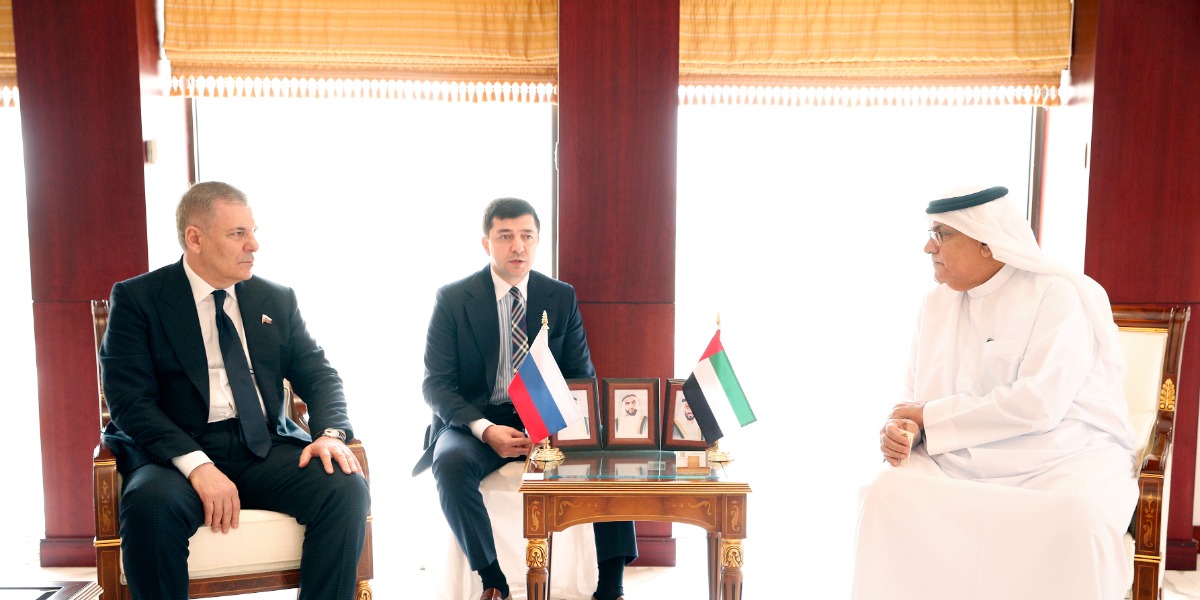 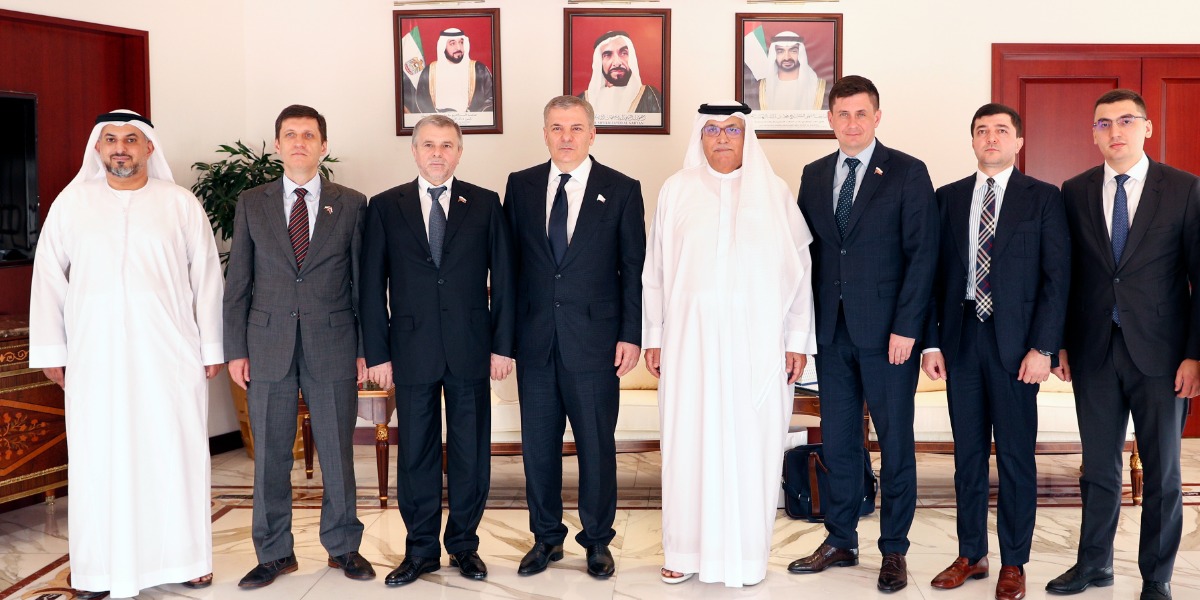 At the beginning of the meeting, which was attended by His Excellency Mohamed Helal Al Mheiri, Director General of Abu Dhabi Chamber, H.E. Kanokov expressed his condolences on the passing of the late Sheikh Khalifa bin Zayed Al Nahyan, pointing to the huge role he played in the development process of the UAE and his unlimited support in strengthening Emirati Russian relations.

E. Kanokov also congratulated His Highness Sheikh Mohamed bin Zayed Al Nahyan, for being elected the President of the UAE, wishing him all the success in leading the country forward and in expanding the cooperation between the UAE and Russia.

During the meeting, H.E. Al Mazrui emphasized on the deep ties between the two countries on all levels, especially the economic ones, pointing to the awareness of both countries’ leaderships in cementing their relations to better serve the best interests of Emirati and Russian people.

Chairman Al Mazroui added that both the UAE and Russia possess the capabilities necessary to strengthen their trade relations, as well as other relations in other relevant sectors including knowledge and sustainable economy, 4th industrial revolution, artificial intelligence, innovation, and circular economy among other new and promising sectors.

For his part, Chairman Kanokov expressed his country’s awareness to cement its relations with the UAE and bringing them to new levels. He also called to strengthen the relations between the business community in Abu Dhabi with Russia to build on what has been accomplished between the two sides over the years.