Within their pursuit to realizing the need to strengthen the mutual cooperation regarding fostering franchising and supporting business environment as a global system for positive partnerships, the Emirates Association for Franchise Development (FAD) has signed a Memorandum of Understanding with the Brazilian Franchise Association (BFA) to transfer technology, expertise and the best practices. 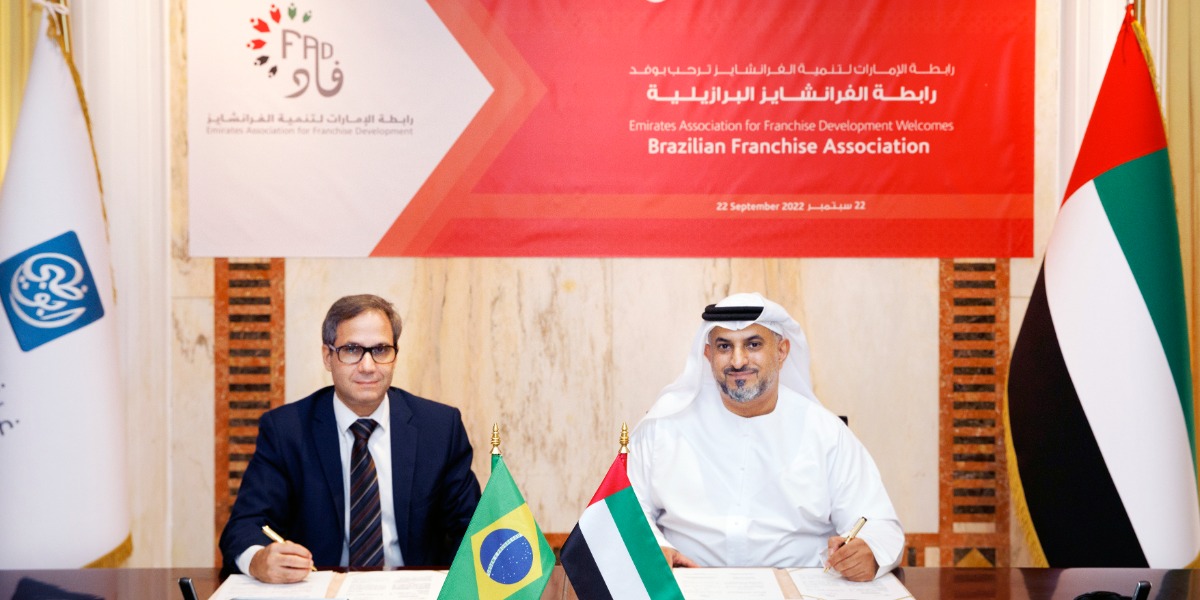 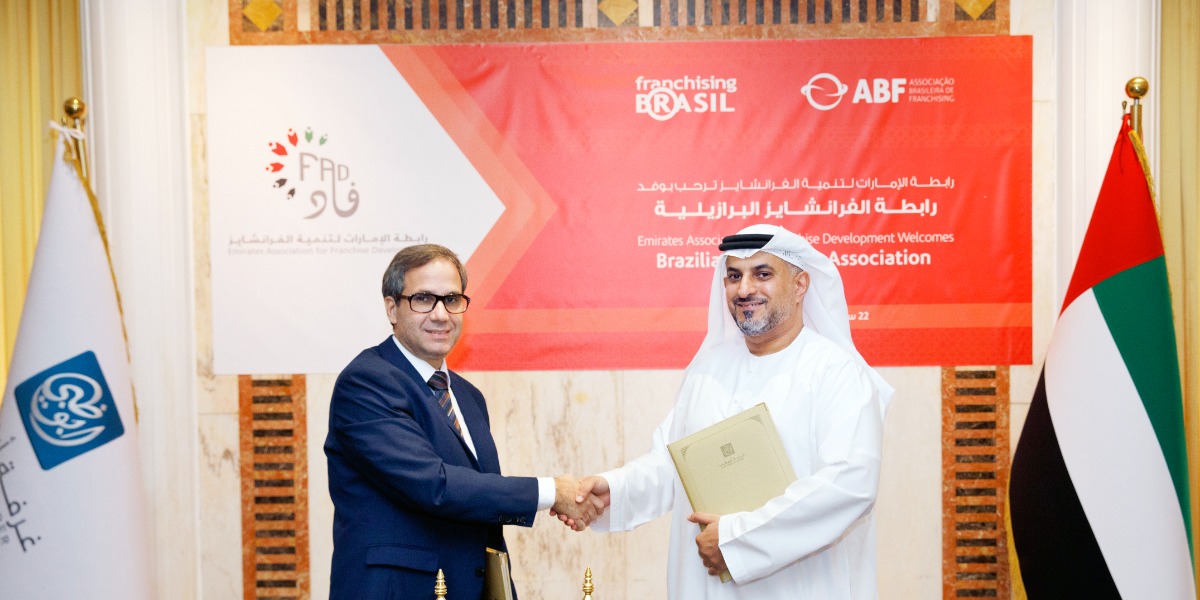 The signing of the agreement comes during the visit of the BFA delegation chaired by Bruno Amado, International Manager of the BFA, at the Chamber’s tower in Abu Dhabi.

Received by His Excellency Mohamed Helal Al Mheiri, Chairman of FAD, the BFA delegation consisted of six Brazilian companies wishing to expand to the UAE and the region.

In his welcoming remarks, H.E. Al Mheiri welcomed the Brazilian delegation, thanking them for their interest in being part of the UAE market to expand the presence of Brazilian franchise brands in the region, noting that the UAE ad Brazil share strong historic ties.

“We have signed agreements across different sectors, which brought about promising outcomes. We witnessed a significant growth in non-oil trade between the UAE and Brazil from 2020 to 2021, with a growth of around 40%,” he said, adding, “These include the double tax avoidance agreement, the visa waiver agreement, among others.”

The Director General pointed out that the UAE’s economy is the second-largest economy in the Arab world. “The country saw a growth of 3.8% in 2021 and is projected to grow to 5.4% in 2022. With the government’s digital transformation initiatives and working on doubling the size of the manufacturing sector by 2031, the UAE’s economy is expected to see further growth in the future,” he explained.

the UAE is continuously working on supporting different businesses and driving FDIs. Accordingly, the UAE government generated fiscal and monetary support worth 388 billion dirhams ($105.72bn), as part of its pandemic-mitigation measures. The Central Bank will also provide AED 50 billion to support companies by boosting liquidity in the banking sector and facilitating loans.

Al Mheiri noted that the UAE is a global trade hub, strategically positioned between continents with a business-friendly environment and laws. “As the UAE serves as the gateway to the markets in the Gulf region and the Middle East, we are always keen about supporting global franchises to expand in the region through setting up their business in the UAE. And so, we welcome Brazilian franchise brands in the UAE, and we are certain that Brazilian brands will serve as a great addition to the UAE market,” he said.

The Chairman of FAD emphasized that the UAE local national franchises are growing and expanding to the GCC countries. “Certainly, the UAE is one of the biggest franchise attraction destinations in the Middle East. With the growing franchise investments in all sectors, including retail activities, food and beverages, kids learning and other sectors, companies avail franchise opportunities in the UAE’s dynamic economy. Currently, there are over 100 opportunities for new franchise branches in the UAE, excluding well-established brands. This reflects international businesses’ interest in the UAE market and their trust in the country, which fosters a dynamic business environment that supports companies in achieving their goals,” he added.

It is worth noting that franchises’ contribution to UAE’s GDP is estimated by experts four years ago to be 19 billion dollars. While it is growing fast with the expansion of big malls which host so many brands outlets from different countries. The Food and Beverage franchises dominate the market with the high local demand and profitability. We estimate franchises growth to be over 25%.

For his part, Mr. Bruno Amado, International Manager of the BFA, commended the role of FAD in equipping the business community with the knowledge, the know-how, and the awareness about franchising, expressing his desire to cement the relations between FAD and BFA even further.

Mr. Amado gave a brief introduction to the BFA, saying that it has over 1500 members, including franchisors, franchisees, consultants and service providers. He added that the BFA organizes international trade missions with Brazilian brands interested in exploring and doing business in international markets.

The Emirates Association for Franchise Development was established in 2015 to streamline entrepreneurship in the UAE, cement close ties with the world’s franchise associations and frameworks, provide support, services and assistance for entrepreneurs for purposes of expanding and diversifying the franchising base in order to span all sectors in the UAE, set up a favorable climate for achieving effectiveness and efficiency in all that which is related to franchising and protecting the rights, as well as to raise awareness of franchise’s role in developing the national economy.